The internet is filled with fun pictures of what happens to cars (especially police cars!) that block hydrants, but we in the fire service are all very familiar with bane of overgrown and hidden hydrants as well.

﻿
Of course, you wouldn't block a hydrant or allow one to be overgrown on your property.  But hydrants are not the only things that need to be found promptly at 3AM in the rain sometimes.  Yes, another power company post, I present you the case of the beleagured and oft-neglected padmount transformer.

When we are switching to restore power after an outage, my guys are usually working these hot, or are heating them up.  They have to stand several feet away and work with a hot stick, and there is always the risk of equipment failure and a flash arc.

﻿ A bad hydrant won't generally injure or kill you, transformers are a different story.  For this reason, there is a near-universal standard that utility companies require for clearances around transformers.  Not that very many people comply.  Generally speaking, 3' to the sides and rear, and 10' in front for working space as shown by the lineman switching above. 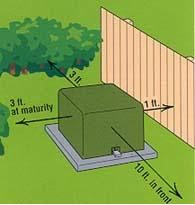 This comes up because of the topic of the previous post, where we've been out auditing a crap-ton of transformers in our system.  We often find occasional problems in the course of day-to-day operations just like we find the oddball hidden hydrant, but there are many more transformers out there than hydrants, and the special attention we've been giving them lately here has given rise to a large number of fun discoveries.

We get a lot of complaints when we have to trim them back in an outage to access a unit, but at least then those people were out of power and sort of get it.  It's when we find and trim some pre-emptively that people really cut loose.  They've been growing that shrub or bush for years to hide it, they say.  It's ugly, they say.  No one has opened it in 15 years they say.  Funny, since electricity is as essential as water is for fire protection (some would say more so), how almost no one complains about fire hydrants.  Even the ones not used for a fire in 15 years.

If you have one of these at your home, in your neighborhood, chances are good you never gave it much thought.  If it's overgrown, I am not going to tell you to clear it out, but I will tell you to not get your panties in a wad if one day the power company does it for you unannounced.  And to not complain too much when there are delays getting the power on while linemen wrangle chainsaws and heavy trimmers just to get to their stuff.

Now you know.  Knowing is half the battle.

Enjoy the gallery, it gradually gets better as you go down. 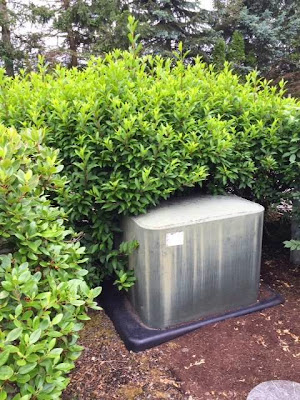 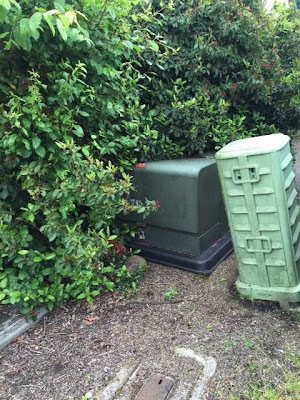 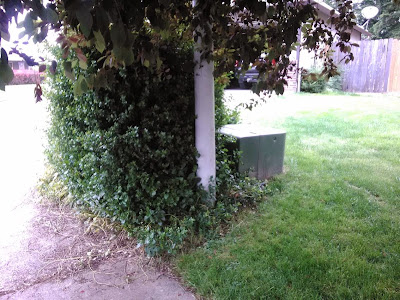 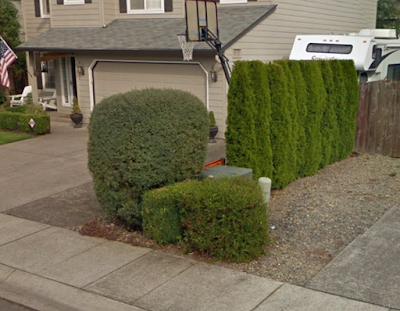 Muttered under his breath by The Grumpy Dispatcher
Email ThisBlogThis!Share to TwitterShare to FacebookShare to Pinterest
Tags fail, learning moments, power company