A Little Time Off

Getting hard to think of good stuff to write that I think anyone wants to read. Part of the ebb and flow of blogging I guess.

I just wanted to check in and verify that I am still alive.
Muttered under his breath by The Grumpy Dispatcher No comments:
Email ThisBlogThis!Share to TwitterShare to FacebookShare to Pinterest
Tags administrative

I suspect I might lose some readers over this, but hear me out.

It's just a theory.

First, some back story.

After September 11, 2001, I am reasonably sure I was not the only one who noticed being treated differently by security personnel, particularly at airports. In 2001, I was working at a software company dealing with electric utility companies, and traveled all over the U.S. frequently.

Post 9/11 I noticed that it seemed like I was getting pulled out of the security line, or the line to board the plane, for a comprehensive search pretty much constantly. My name is old-country British in origin, and my ethnicity is similar to Wonder Bread, so I was being profile-captured by something else.

On one trip, I arrived early as usual, anticipating the usual extra-check delay, but did not get yanked. When I got to the hotel to retire for the night, I figured it out. You see, ever since September 11, I always wore an FD uniform T-shirt when traveling. But on this day, for whatever reason, I did not.

Was it the shirts that were attracting scrutiny? I tested the theory by not wearing an FD shirt for the next few flights. Smooth sailing. Tried it out again, and got yanked. Bingo.

Now, this post is not about the merits of the security analysis that terrorists could try to stage an attack disguised as emergency workers, although I have experienced several events that have made it clear that this would be an effective avenue to get past trusting or complacent security people (unless you're dealing with the TSA, of course).

It is no secret that Al Qaeda would like to stage a 10th anniversary attack, they've said as much themselves. So suppose CIA/DHS/NYPD, whoever, gets a serious credible lead that the bad guys are seriously considering using this kind of attack? Let's be real, it would not be functionally difficult to bring an old Seagrave into New York City and stuff it in some windowless warehouse. You can buy old rigs on eBay for a few grand as it is, imagine what you could do with a big budget?

So, you end up with an engine or ladder truck externally a perfect replica of an FDNY rig, but packed with explosives. Even if you get caught on the perimeter of the ceremony and have to trigger early, a big boom like that would be devastating. Not just in loss of property and life. The psychological and emotional impact would be incalculable. Suddenly, the citizens of New York experience PTSD fear of every FDNY rig. The association with the 10th anniversary attack would be tied to fire apparatus nationwide. The safest refuge a shaken nation has, trust of the heroes in the Big Red Trucks, is obliterated.

No way can this be allowed to happen.

So what do you do? You have the intel, and less than a month to plan.

Plan 1: Reveal the intel to the public. The bad guys know they've been ratted out, quickly dispose of the bomb rig(s), and skip town.

Plan 2: Say nothing. Try to catch the bad guys by trying to weed out the bomb rig(s) as people converge on the ceremony, including a LOT of emergency services people. Risk a periphery detonation and all its consequences, but hope for a psychological victory if they nab the bad guys.

Plan 3: Announce that emergency services people are not invited. The bad guys probably read between the lines and leave, but if they choose to try the attack anyway, there will be far less people and apparatus to sort through. So you have either an automatic Plan 1 win, or hugely improved chances of a Plan 2 win. Tactically, this is far better than trying to run either Plan 1 or Plan 2 alone.

I think Plan 3, as unpalatable as it is, would be the best choice under the circumstances. I hate it and am offended at the concept that firefighters are not invited, but is this a decision for the greater good. Bloomberg is not an idiot. True idiots don't get that far, and he's the Mayor of NYC. I bet when this decision crossed his desk he knew the reaction that would come. But for the greater good, what choice would he have? Haven't you ever taken heat for an unpopular decision that you couldn't explain, but knew it served a greater purpose for the people who were angry about it? Yeah, you've taken one for the team before, it isn't all that uncommon. 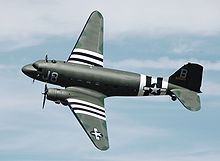 So, watch for snipers on rooftops all around Manhattan and elsewhere, analyzing every fire truck, and preparing to take out everyone on the rig simultaneously. And maybe even watch for word to be passed to the FDNY line troops the morning of, so they know to put a predetermined and very subtle "invasion stripe" of some innocuous variety on each piece to ward off the snipers.

That's my theory. It is the only plausible and understandable reason for the decision that I can think of, and until I learn more I am sticking to it.


Muttered under his breath by The Grumpy Dispatcher No comments:
Email ThisBlogThis!Share to TwitterShare to FacebookShare to Pinterest
Tags ems, fire, law enforcement

Had a kid take a dip in a local lake, seems he and his brother and some friends managed to slip the childcare provider.

I just happened to be at Station 53 on an unrelated chore and made the scene. We responded with purpose, anticipating someone maybe needing to be plucked from a rock in the middle of the water, with respiratory and/or thermal issues.

We didn't know it was a kid.

We also didn't know that he'd been missing for over half an hour before the call ever came out.

A not-very-cheerful recovery project followed. But, that's what we do. Can't always have fun and games and saves, right?

Sorry for the lag in posts. Was off on a road trip family vacation. In fact, speaking of water rescue, several of my children and those of a family friend, with the other Mom, went tubing on the river. I was tasked to wait at the meeting point.

When they were almost an hour overdue, I started getting concerned. Started nosing around. Turns out they had made a massive situational awareness fail - that I also failed to catch - where they tubed down a different waterway and never passed me.

A quick check of the map showed them on a river with no realistic road access, deep in no man's land. There were perhaps three hours of daylight left, no phone coverage, and no idea in the world where they were, if they had gotten out or just went on, looking for civilization.

Drove a ways to a hill to get phone coverage and reached the Sheriff's Office. Turns out they were on a path to a couple of dicey river canyons. The Search and Rescue coordinator from the SO had a tone in his voice that induced a notable pucker factor. The SO started to scrounge up aircraft resources.

Long story shirt, they figured out the mistake, landed and scrabbled up a steep slope to the dirt road, where we stumbled on them by sheer dumb chance/luck, a good three miles from camp. A quick drive back to coverage and a call back to the SO to call off the help. And he didn't even taunt me for being a fireman and letting this happen. I had it coming, though.

Many lessons (re)learned which I won't burden you with, and our day blessedly did not end up like that of the family of the first bit above. A thin line separates "us" from "them" at all times, and a reminder to avoid complacency is in order once in a while.

Going back to a second interview for a new power company dispatch job this week. Looks promising, but not a for-sure deal. I debated even bringing it up, but if I get the job it will likely mean a return to interesting power company stories of craziness experienced by the line and substation crews and the dispatchers, as it will place back me closer to the trenches, so to speak. Way more fun there. A pay cut, if necessary, will be worth it.