After a long layover, the tutorial is back.
I hope you enjoyed the break.

A quick total review of what we have learned so far:

In Tutorial 1 - DC vs. AC, we learned... well, the difference between Direct Current (DC) and Alternating Current (AC) and why AC is used for the grid.

In Tutorial 2 - AC Supply and Demand we learned that power on the AC grid is produced exactly at the rate it is consumed, and that it cannot be stored.

In Tutorial 3 - Generation Supply, Control and Scheduling we learned how power companies decide which power plants to run, and how they exchange power between companies.

In Tutorial 4: Basic ACE, and Reserve Sharing we learned how power companies determine if they are generating too much or not enough power, and how they quickly recover from the loss of a big power plant with help from their neighbors.

In Tutorial 5: Introduction to Power Lines we learned about the different types of lines and voltages are used to move power efficiently, and about transformers.

In Tutorial 6: Identifying the Wires and Tutorial 7: Identifying The Wires, Part II we learned how to... well, identify the wires.

And lastly, in Tutorial 8: Introduction to System Protection we learned why the system protects itself.

Wow, that rehash was long enough to be its own blog post. But it's been over a month since we did one of these, so I feared you might be rusty.

Seriously, you might want to at least re-read Tutorial 8 to spin things up again before starting this one.

And you are hereby forwarned, this will be a LONG post. Go refill your coffee now and stop in the restroom on the way. We'll see you in a minute or two.

The electrical grid is protected at every point on its journey from the power plant's armature windings to the end terminals of the power cord inside of Firegeezer's coffee pot. For most of us, this power travels a pretty long distance, goes through several voltage changes up and down, passes through switches and circuit breakers, and does a few other exciting things before getting to you. It is not practical to dump the entire grid between you and the power plant if your coffee pot shorts out, so your household circuit breaker does the job. That action defines the first of many segments, or 'zones of protection' in power company parlance, the first (or last) of which is the zone between your breaker panel and your coffee pot, protected by your panel breaker.

An aside on circuit breakers. On this blog I pretty much always refer to the large breakers generally found in substations. These breakers have just one job: break the circuit. They cannot sense problems, so they only open when commanded to by other equipment. I might get into those big breakers later, but I want to differentiate the big breakers from the tiny breakers found on the breaker panel in your home. Your tiny breakers do both jobs; that is, they detect the problem AND break the circuit. Tiny breakers detect problems in two ways: The electromagnetic portion detects sudden surges, and the bi-metal portion detects high loads over time. Look it up if you want to know more about those, just so you know that aside from the size difference, there is also a functional difference between the big breakers and the tiny household ones.

Back to the zones.

The names I will use below I am more or less making up to keep things simple for the uninitiated, and may or may not be the terms used locally by your power company. In fact, they probably aren't. If you try to mention these specific zone names to linemen, other dispatchers or protection engineers, they will probably look at you with a raised eyebrow and try to tactfully change the subject.

So, the first zone we have identified. We'll call it the COMPONENT ZONE, referring to components that you plug into your outlets at home. The elements protected are, going backwards: Coffee pot, power cord, electrical outlet, wiring in your wall leading from your breaker panel to that outlet. If there is a problem here, as long as things are installed properly, your household circuit breaker should take care of it.

The next zone is relatively tiny, the PANEL ZONE, and pretty much just watches the stuff inside your breaker panel, between the main breaker and the individual circuit breakers. If something goes awry in the panel, the main breaker will dump the house. Also, if one of the circuits in your home in the COMPONENT ZONE has a serious problem and the assigned circuit breaker fails to clear it in a timely manner, and if things are configured properly, the main breaker should dump the panel to take care of business.

The next segment is the SERVICE DROP ZONE. This starts at your main breaker and goes upstream from there, to the source wires going through your wall and to the service drop or other point of entry, out via overhead or underground service wires to wherever your local service transformer is, be it a pad mount transformer or a poletop can transformer, and then up to the fused cutout serving the transformer. The fused cutout was touched on in the "Wires" tutorials, it is a switch where the opening part is also a large fuse. If something happens downstream from this cutout that draws enough load, the fuse will blow. It generally will blow for problems with the transformer, but if there is a problem downstream from that drawing a lot of fault current and not being cleared, it will eventually cook the transformer and cause the fuse to blow. Sadly, by the time the cutout blows for a problem at your panel or somewhere downstream that was not handled by the main breaker, your house is on fire already, causing me to drop what I'm doing and come see you in my Big Red Truck anyway. See, I'm involved either way.

The next segment is the FEEDER ZONE, which travels upstream from your cutout switch. That includes the jumper or other tap wire from the cutout to the primary distribution feeder conductor, and that feeder circuit back to the next breaking point. For most applications, that breaking point is a relatively small substation feeder breaker. Alternatively, there may be an in-line field recloser (basically a light-duty feeder breaker mounted on a pole) or other switch designed to sectionalize the feeder into pieces. Sectionalizing makes sense for long feeders or multi-branched feeders. If you can detect a problem and isolate just the troubled portion while still reaching the rest, it makes it unnecessary to dump the entire feeder. These breakers and reclosers cannot generally detect problems on their own, but rely on signals from other equipment, known as relays, which measure things like voltage, amps, flow magnitudes and such, for Bad Things. When Bad Things happen, the relay will then tell the appropriate device(s) to open. The relays at this point may take up to several seconds to decide there is a problem and clear the circuit. Also, the relays are often set up to attempt to reclose the breaker once or twice to see if the problem was transient (we talked about that in past posts), but will give up after enough failed attempts.

The FEEDER ZONE segment backs up the fused cutouts if they don't blow and draw enough fault current, but this backup is not very reliable. It is impractical to reliably get the relays to sense that kind of small fault that far away. 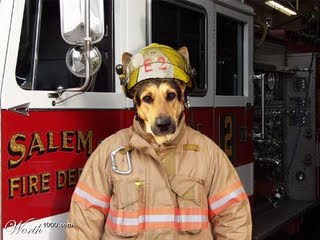 This picture placed here to give you some brief unrelated entertainment, because this post contains no other photos. Entertained adequately? Good.

The next segment is the DISTRIBUTION BUS ZONE, and is a small area running from the circuit breaker at your distribution station into the bus work at that station, which serves all of the other feeders. Typically this bus has a breaker on every component attached to it: Any and all feeder circuits, input sources from transformers, and voltage regulation devices. The relays watch the sum total of the electrical inputs and outputs of all of the things attached to the bus. They should sum to zero, as the bus does not keep any electricity for itself. If they don't sum to zero, the only plausible conclusion is a fault to ground, and all of the breakers attached to the bus are ordered by the relay to open, like breaking up the party and clearing all the uninvited teenagers out of the house. Bus faults are the worst thing that can happen to us dispatchers, particularly at large transmission stations. It just breaks the crap out of everything, often causing a serious disturbance when major transmission buses crater on us. Thankfully, bus faults and bus clearing events are rare.

Do you see a pattern yet?

Upstream from the transformer there may be a "high side" bus (higher voltage than the other side of the transformer). If so, there will be a TRANSMISSION BUS ZONE. It works on the same principles of the distribution bus.

Leaving the station, on the other side of the breakers attached to the transmission bus, are the high voltage lines, making the TRANSMISSION LINE ZONE. They work similarly to feeders in regard to how problems are sensed, but they usually are cleared by high-speed relaying and high-speed breakers, and usually also include automatic reclosing. These transmission-clearing setups are really amazing. The problem occurs, the relays sense it, the relays decide where the problem is, the relays decide which breakers need to be opened to solve the problem, the relays tell the chosen breakers to open, the breakers get the signal to open, the breakers mechanically do their thing and break the circuit.... from fault to clearing, sometimes as fast as 1/10th of a second or less, TOTAL. FAST.

All along the way, transmission lines, transformers and buses are all protected by their respective zones and the neighboring zones poking their nose in the goings-on at each point, ready to take over as needed. Finally, at the power plant end, there are zones protecting the power plant's station components, which are more or less configured in reverse of distribution stations but rated for higher loads. And then a zone from the yard to the generator. The generator zone has a bunch of nifty things it watches for that I won't get into here right now, but there are just bunches of things that will excite one or another relay and trip a power plant, especially the steamers (coal/oil/gas/nuclear/etc). At pretty much all points above the feeder circuit breaker, there are multiple relays that can sense faults not just in their designated area, but for good distances through other zones as well. The relays with overlapping detection have built-in time delays to give the local equipment time to handle it, but will do what they can to solve the problem if too much time goes by (usually measured in just a few seconds). I think you get the idea without me spelling it all out. Your eyes glazed over five paragraphs ago anyway.

Goodness gracious, what a long post! But wait, there's more! Next time.

What we learned: (1) The path from power plant to power outlet at home is broken into many segments, each protected independently and usually backing each other up. (2) The clearing is designed to remove only the problem, to interrupt as few people as possible. (3) We remember now why I didn't get back to the tutorial series for a while. They are way too freaking long.


(Click this link to see all posts tagged "tutorial")

Muttered under his breath by The Grumpy Dispatcher
Email ThisBlogThis!Share to TwitterShare to FacebookShare to Pinterest
Tags grid, tutorial