You Make the Call

With my apologies to the Happy Medic's "You Make the Call" series.......

One of the many relatively important substations in your area is one which, if entirely lost, would probably dump a sizable chunk of the regional grid and make the national news.

During a routine inspection about nine months ago, the 345/115kV transformer was found to have elevated and near-dangerous levels of combustible gas forming in its interior. 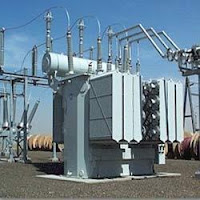 (A $0.02 explanation of a transformer: Major substation transformers are roughly the size of a small delivery truck, and contain a large iron ring around which coils of wire are wrapped, with differing numbers of coils on each side in proportion to the voltage change. The coil and windings are immersed in cooling oil.)

Since the 345/115 bank was producing combustible gas, the dispatcher had it immediately removed from service and electrically isolated by opening the switches to it on both sides.

Experts and technicians were called in to do extensive testing on the transformer. Replacing it would cost around $2 million for a new unit plus labor costs, so repair is by far the preferred alternative. After months of study, they cannot determine for sure why it was producing the gas. The transformer was flushed, inspected thoroughly again, and filled with new clean oil.

Two days ago, the district manager arranged to have the transformer energized from one side only (no energy flow through it) to test it again. It was energized for most of a day. One of the substation operators there reported that the transformer was making a sound similar to marbles rattling mixed with a heavy buzz. Normally transformers hum at 60Hz, but the sounds reported off this bank are not typical. Still, it closed in OK without tripping, and combustible gas tests came back with levels low enough to not raise concern, though only one day of being energized probably wouldn't yield useful results anyway.

The district manager wants to put it back in service right away, as months of maintenance on other jobs have been put off. These delays have cost substantial $$$$ in subsequent delays of other coordinated projects pre-arranged with other utilities before this all came up. Additionally, the district manager reports some of the deferred maintenance issues are becoming critical. Getting this transformer back will strengthen the area grid enough to resume all of those postponed jobs.

The maintenance planning desk has approved the return-to-service procedure and it has landed on your dispatch desk, scheduled for today on your shift.

Do you do the job? Ask for additional testing? Refuse the job? Any special precautions?

You make the call.