OK, we're back for another rare installment of the tutorials that make up "Grid 101: Introduction to How The Power Grid Works", or "What Is This Confounded Sorcery?"

You don't have to re-read all the tutorials for this to make sense, but I would suggest you at least go over Tutorial 9: System Protection, Part II.

First is the detection relays. I explained that the relays watch for faults and decide what to do about them, but did not expand on how this magic works.

Resistance is hard-calculated much like water friction loss. We know the more-or-less fixed value of water psi loss for a given section of 1.75" hose and associated appliances. Similarly, power system engineers can calculate the resistance that a given power line of x distance and y conductor size will create. So file that away for a moment.

Voltage (pressure) is measured by potential transformers (PT). These are everywhere, nearly always attached to any buses as well as on the line-side of any breakers at the station. They serve to detect the presence of voltage as well as its strength. Their output is fed to the relays.

Amperage (flow) is measured by current transformers (CT). These are located anywhere an overload flow condition could arise that would need to be cleared, such as above and below every substation transformer and also on the line-side of any breakers at the station.

The differential protection mentioned in Tutorial 9 is made possible by the CTs on both (or all) sides of a given section, providing the measurements that should sum to zero indicating that everything going in is also going out, which is a good thing.

For each line out of the station, the values from the PT and CT are fed to the relays. For decades, relays were electromechanical solid-state devices, and specific electrical signals from the CT/PT would cause one or more contacts in the relay to close, enabling a trip signal to be sent to the necessary circuit breaker(s). In the past fifteen years or so, digital relays have arrived, and they have uber-fast computers that analyze the CT/PT inputs and decide what to do about it.

In all cases, electromechanical and digital relays have to be programmed or tuned by relay technician engineers who input tolerable levels of flow and voltage based on engineering system studies. Being a relay tech is fascinating work. Not only does each sold state relay need to be set up to do its thing, it also needs to be able to detect that its requested action happened or not and be able to send a trip signal to the next thing upstream if necessary. Digital relays too, but it is much easier to program that aspect than fine-tune the mechanicals.

The reclosing ability of lines and feeders relies on PT inputs to help the relay decide whether it should try or not. If a line trips and a reclose is permitted, the relay will first check the upstream PT for the presence of voltage. If no voltage upstream (bus is dead), there is no benefit to reclosing, and it won't happen.

Often, transmission line reclosing is staged so that the test is performed from the strongest side, so that a repeated fault doesn't disrupt a larger area or a generation plant. For an "auto-first" recloser, the automatic recloser will reclose into a dead line if the bus behind it is hot (PT senses voltage). An "auto-second" recloser waits for both the line and bus to be hot, meaning that the line was successfully tested OK by the other side. Auto-second is found at all power plants, and at weaker substations. A third variety, less common, is where a recloser sees a hot line and a dead bus. If the bus was merely de-energized by a large scale outage and never suffered a clearing fault, the breaker will close to pick up the bus, at which point any auto-first reclosers will see the bus pick up and try their lines. Of course, reclosers can be set up to operate at the direction of the relays in multiple or all of these situations. 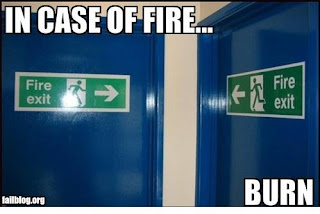 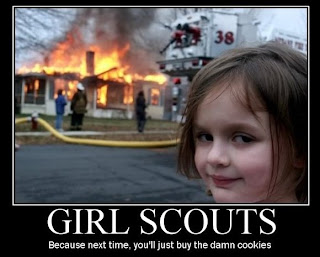 Seriously, it's OK if you want to go refill your coffee at this point.

OK, all rested up? Onward.

So, we know that relays process input from PTs and CTs to decide if there is a fault, and how bad it is. Take it back to fire flows and it makes sense. If you have high water flow but water pressure is good, that is probably OK. Likewise, if water pressure is a little low and water flows are also low, it isn't ideal but doesn't indicate a major problem either. Conversely, if your water flow suddenly surges while water pressure plummets, you have a pretty clear indication of a burst hose. Translated to the PT/CT inputs, high amps and volts are OK, as are low amps and volts, relatively speaking, but sudden high flows with plummeting voltage is a clear indication of a line fault.

Within the transmission protection zones, relays watch the line from both ends, and can use the PT/CT inputs to not only detect a fault but also figure out with fairly good accuracy how far out the fault is from the station. The location of the fault is important, and influences the behavior of the relay.

A relay looking out into a line for a fault typically has three zone of protection in regard to the line. Zone 1 watches for faults from the breaker on out to cover 80-90% of the line. Zone 2 over-reaches Zone 1 by 10-25% and can see faults in or near the remote bus of the next station past the far breaker of the monitored line. Zone 3 looks backwards from the breaker into its own local buswork. See the illustration below for the protection zones watched by the relays assigned to circuit breaker "A" at West Substation (in blue), and the zones for circuit breaker "B" at East Substation (in green). 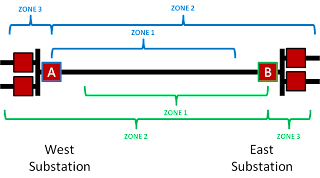 A fault in Zone 1 is indisputably on the protected line and will be cleared without delay by the breaker that sees it, usually within about 3 cycles (0.05 seconds). Most of the line is covered by both Zone 1's, so generally both breakers will independently see it and trip. Both Zone 2's also saw it in their area, but have a time delay to prevent false tripping and let the Zone 1's handle it.

If a fault occurs right outside the station, let's say right outside the fence from East Substation, things are different. "B" Zone 1 picks it up and trips immediately, but "A" Zone 1 doesn't see it. "A" Zone 2 knows about it, though and trips "A" after perhaps 6 or 10 cycles (up to 0.15 seconds). The delay is important, because Zone 2 can see into and probably slightly beyond the next station. In this case, if a fault occurred just outside of East Substation on some other line, "A" Zone 2 probably sees it, but it would not be appropriate to knock off this line when the fault is somewhere else. The time delay allows the local Zone 1's for that other line to take care of business. If they don't, "A" Zone 2 trips after its delay.

From here, things get more complicated. For advanced protection arrangements, there is equipment to block or force tripping independently of what a relay is seeing for itself. Relays at different substations can communicate with each other in a variety of ways, such as fiber optic networking, microwave radio, or a carrier tone through the actual power line itself.

If false tripping is a problem or seriously needs to be avoided, is where Zone 3 comes into play with blocking schemes. Zone 3 generally looks backwards as far as the remote Zone 2 looks through it. In the previous case of an unrelated fault elsewhere right outside of East Substation, West "A" Zone 2 sees it, but so does East "B" Zone 3, and it knows that the fault is not on this line. It will communicate to West "A"s relay scheme that a trip would be bad, telling that relay to ignore any Zone 2 trip it might want to try (at least for a bit, it will eventually allow it if the fault persists). Thus, no false tripping and better stability of the grid.

Cool, huh? It gets better.

For lines where relay techs have determined that a potential Zone 2 clearing duration of up to 0.15 seconds is too long and the disturbance too great, the permissive transfer-trip scheme is used. Sensitive transmission lines and very high voltage lines at or above 230kV is where you'll see these. In these cases if either Zone 1 picks up, it automatically tells the other side to trip without waiting for the remote side to go through its Zone 2 time delay. This ensures that a fault on either end that falls outside of the dual Zone 1 coverage still gets cleared as if both relays saw it as Zone 1.

Once you have these fundamental ideas about zones of protection and calculating fault locations and intensities, you can imagine that some relay techs can dream up some amazingly elaborate protection schemes. When they work, it is pure beauty. Even when the special schemes fail for some reason, the fallback default Zone 1-2-3 systems still work.

What we learned: (1) Power lines act a lot like fire hoses in some ways, but we already sort of knew that. (2) Pressure and flow rates (volts and amps) measured at the right places can provide a lot of information about what's going on if analyzed the right way. (3) Protection zones back each other up, which we also sort of knew. (4) Special schemes that cost a lot of money to engineer and build can shave fractions of a second off a trip time, and that fast action can be very important to save the grid.

Whew. See what happens after such a long hiatus of tutorials? Blah blah blah blah... I talk too much. I see your coffee cup is empty again. Go fill it up and hide in a quiet place to absorb what you've learned today. Stay safe out there.

(Click this link to see all posts tagged "tutorial")


Muttered under his breath by The Grumpy Dispatcher
Email ThisBlogThis!Share to TwitterShare to FacebookShare to Pinterest
Tags power company, tutorial