What Are You Looking At?

Bruce was out on routine duty in Truck 570, cruising from one keeping-the-lights-on chore to the next, when he saw something strange on the top of a streetlight pole. Seeing as how we've supplied him with a company bucket truck, he decided to take a closer look. This is what he found. 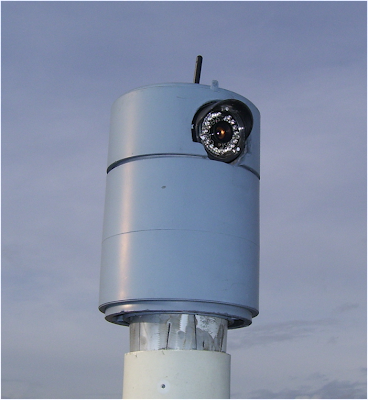 Now we do get the odd request once in a while from the FBI, asking permission to put something on our poles, but their stuff is very subtle, usually the camera is so small it looks like the photocell. This camera was not in that league, rather it seemed to have a flaming coming-out party, screaming "look at me!".

Just to be safe and not step on any federal toes, Bruce left it there after taking some pictures and letting me know about it. I kicked it up the chain. A week or so later the work order appeared: We don't know whose this is or why it is there, take it down. I saved the job for Bruce, and he brought it in at the end of his shift. It was even bigger in person. 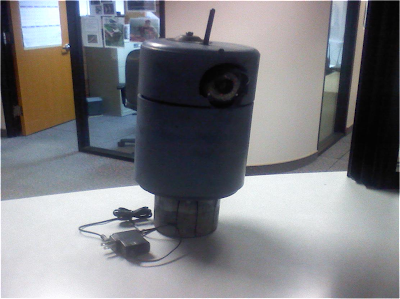 So, he says, while he was removing it, the guy whose house it was aimed at came out and crossed his arms, watching with disapproval. That could have meant a lot of different things. I looked up his house and found it listed to someone with an very eastern Europe-sounding name. Interestinger.

But the truth was boring. The guy came in a few days later and asked for his camera back. We figured we'd never know where the signal was being transmitted to know who or why someone was watching this place, but this was pretty cut and dried. Putting up your own security camera doesn't carry the same drama as hidden surveillance. Except for the part where you're stealing a little electricity.

We let him go with a "don't do that again", and that was that.

Bruce revived the drama, though.... what if he actually was being watched and now he's taking apart the camera to figure out who was watching him? Cue the cliffhanger music.....


Muttered under his breath by The Grumpy Dispatcher
Email ThisBlogThis!Share to TwitterShare to FacebookShare to Pinterest
Tags power company