Got this news item in the company email a few days ago. I suspect it is making the industry rounds.

Typical to most media sources, the verbiage of the articles makes it clear that the writers know little to nothing about power lines, telecom lines, procedures, etc. You've seen this before when they write crazy things about a fire or other incident you were involved in.

The short version of verifiable events is that a fire somehow started in or on the bucket that a power company lineman was working on, involving the elevating bucket's hydraulic system. With the bucket both on fire and inoperative, the lineman escaped by climbing out onto relatively benign telecom cables (as opposed to actual power lines with serious electricity). 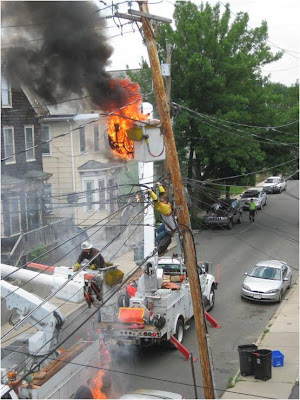 I love in this first picture how the first lineman is just casually sitting and holding onto the telecom/cable lines. Under normal conditions there is no serious potential for injury from these cables. Now, if any of the service drops or especially the high side primary had taken damage and fallen onto what he was holding onto, there would have been trouble. 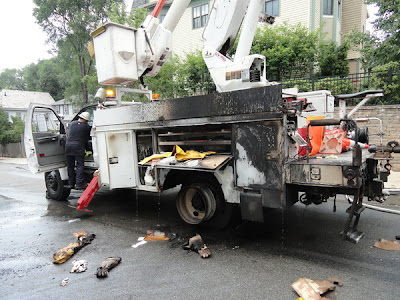 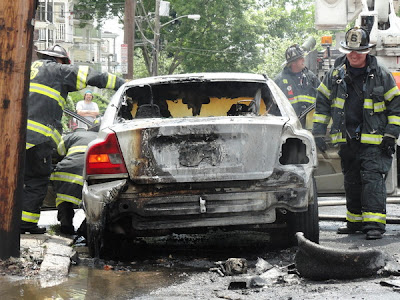 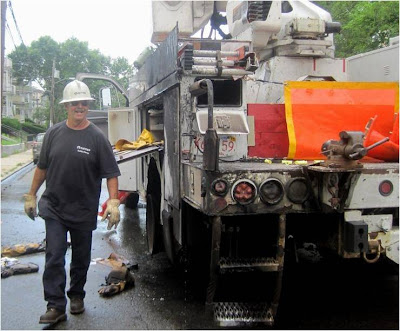 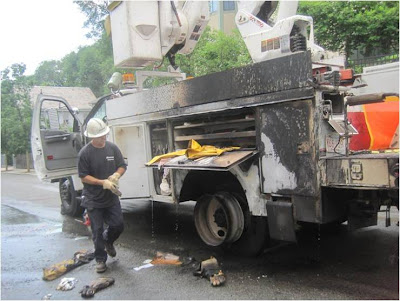 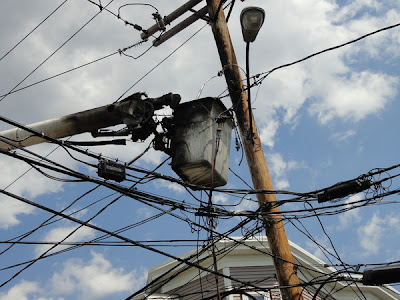 Aside from a successful, if not pretty, rescue, the other main thing I see in these pictures is a LOT of paperwork. I also kind of want to know who got the first picture, and how. Nearby upstairs apartment? Great angle.

Here are some news article links:


Muttered under his breath by The Grumpy Dispatcher
Email ThisBlogThis!Share to TwitterShare to FacebookShare to Pinterest
Tags fire, power company