Of Yardsticks and Manly Measurements

Like the day I broke the FD tanker, the shift at the power company started like any other routine day destined for minor excitement.

If you haven't read the tutorials (check the tag cloud on the right), some of this might be a bit overly technical, but I'll try to keep it simple. It won't however, be short. Sorry.

There we were, routinely minding our business, the grid more or less running as it was supposed to.

Suddenly, our ACE (the instantaneous difference between how much electricity we are producing, and how much is being consumed, adjusted for expected flows to other utilities, which should nominally be 0), jumped to about 650.  Then it started bouncing every few minutes by as much as 250MW up and down, pushing us way out of bounds on both sides.  That's an attention getter.

If the ACE thinks you have an extra 650 megawatts, only three things can have happened (or at least the AGC computer was led to believe one of these three things). Either (1) a generator suddenly decided to give you an extra 650MW (equal to a very large coal-fired plant), (2) you lost 650MW of consumer demand (equal to blacking out a very large metropolitan area), or (3) one of the power lines attaching you to another utility suddenly increased its flow by 650MW for some unexplained reason.

1 and 2 fall somewhere between impossible and extremely unlikely, and both would give you other clues such as an abrupt change in system frequency from the nominal 60Hz, and in the case of that much theoretical lost load, an overwhelming number of open circuit breaker alarms.

That leaves option 3. A flow meter, for whatever reason, decided that it needed to give us a vastly different number.  With no other tie lines also changing for a real-world event, this means the input went bad, a single false number.

The result of the instantaneous +650 ACE was that the automatic generation controller suddenly was being told that our generation/load balance was way, way out, and immediately started to control numerous power plants downward.

Remember the movie Star Trek: Insurrection, when Riker went to "manual mode" to fly the Enterprise? A flying controller deployed that amounted to a joystick, causing the audience to chuckle.

That's figuratively what I did. Went to manual AGC control and started flying by the seat of my pants to control our balance. Ultimately, we would end up running like this for about two hours. It was complicated.

While on manual control, the wind started to blow, wouldn't you know? Remember my wind power rants, about controlling around the serendipitous wind? This extra (real) generation output caused the units I was regulating balance with to go down to their minimum outputs.

This was about the time that the retired senior manager/engineer (RSME), who is now a contractor, arrived to save the day.

Now, to keep you interested in the story, I will break the monotony by sharing with you this completely unrelated picture, which always cracks me up. 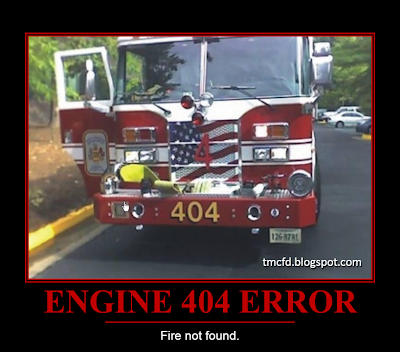 OK, cute. Now, where were we? Oh yes, the RSME was now in the house.

I was periodically disabling the automatic controller while tweaking numbers, and the first thing he noticed was that the controller was off. He jumped to the conclusion that our excitement was centered on trying to get this thing back on.

This is key. He wanted to help us turn something on that I had deliberately turned off for cause.

So, what kinds of things would cause the automatic generation controller to automatically disable itself, you ask?

Any known bad input value will disable it, though in this case the software was not figuring out the value behind today's excitement was bad. Also, in theory, if the generation plants you are using to control output get all the way to the edge of their capability high or low, it is supposed to come off, though we have it set up to not do that.

RSME noted that, while I was flying in manual, the regulation units were almost bottomed out. If he had taken a few extra seconds, he might have realized that this was mainly because four major wind farms had a front blowing through and were giving us hundreds of unplanned MWs that we had to back out of the way to accommodate.

So we dispatchers are discussing the situation, flying manual, trying to resolve the problem, and RSME interrupts to tell us we have to move a couple of other power plants down so that the regulation units can move back into the middle of their bandwidth.

WTF are you talking about? (I didn't quite ask it that way, but I was helpless to control my tone).
You need to get your AGC back on.
No I don't, I manually disabled it on purpose, because I want it off.
Well, it needs to be on, and you have to direct those other plants to move up.
No it doesn't, and no I don't. That's not the problem.
He raised his voice and started to repeat himself.

It was then that I grabbed the hammer, broke the glass, pulled out the book, and invoked the Dispatcher is In Charge Rule.

You are not helping, you don't know what is wrong, you are interrupting us trying to tell us how to fix something that is not broken, and you need to leave the room.

Whoa, if looks could kill. He opened his mouth, closed it, then said he was going to bite his tongue this one time, and then left. Pardon me while I shed a tear of regret. Oh, and point of correction, it will be always, not "this one time". Thanks. OK, onward.

After affairs were settled a few hours later, I went to his office to clear things up, conciliatory and assuming good intent and all that. I related back the problem as he stated it and what he thought should be done to fix it, and he agreed with me. I then reiterated that the problem was now solved and had indeed turned out to be completely unrelated to his diagnosis. I told him his directives were 100% irrelevant to the incident.

There it was. We had pulled out the yardsticks, unzipped, and measured. I won on both counts: Authority to kick him out, and correct diagnosis in the first place.

He closed the conversation by ignoring my revelation, and by saying he wasn't going to worry about it, but that I should work on my people skills.

I'll get right on that, thanks.

I doubt I'm getting a Christmas card from him this year. It's too bad, though, because on the whole he is actually a really good guy. Which is not remotely enough to keep you from getting booted from my control room kingdom if you piss me off.

Muttered under his breath by The Grumpy Dispatcher
Email ThisBlogThis!Share to TwitterShare to FacebookShare to Pinterest
Tags grid, rant